It’s so funny to me how much Dane mirrors their adorable chow, Lavica.  Loyal, happy, able to be trained….  🙂  Couple that with their playful dog and Sally’s ridiculous sense of humor.  It all adds up to an amazing evening with friends. 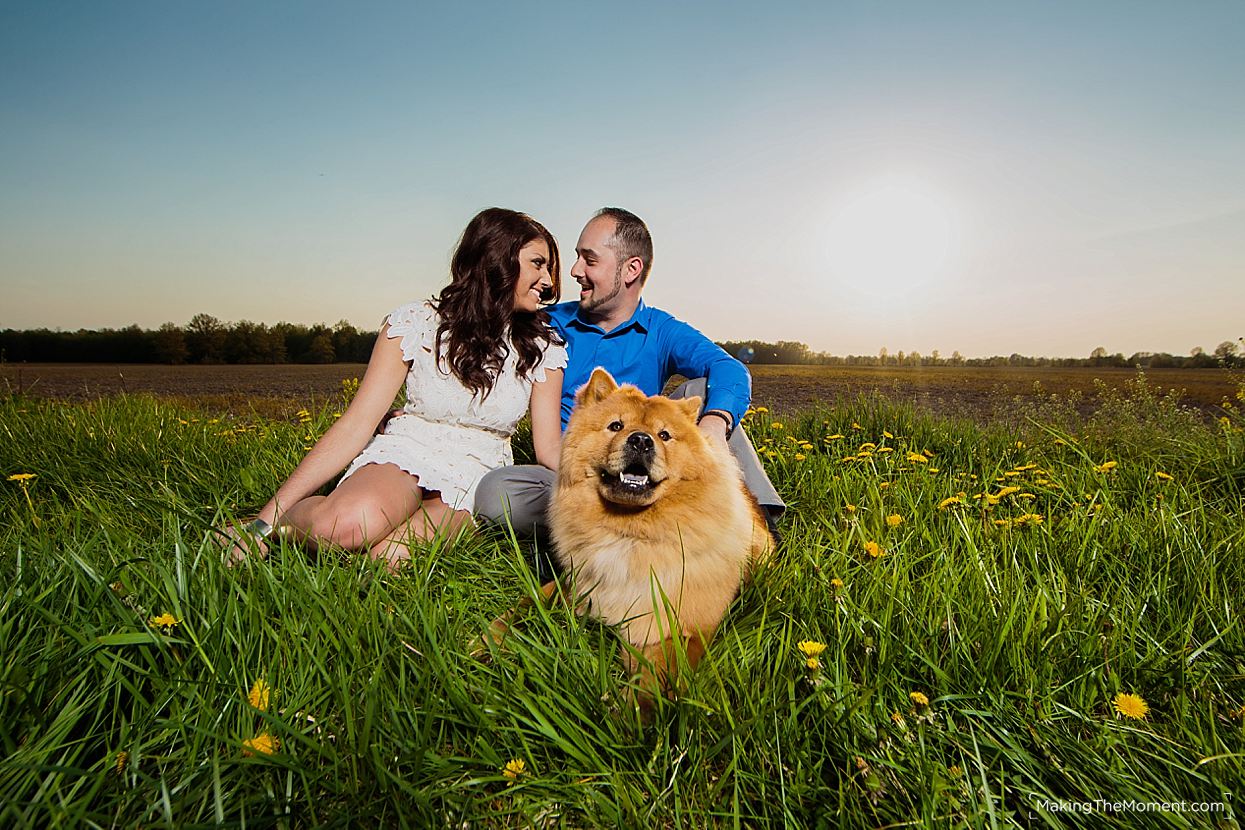 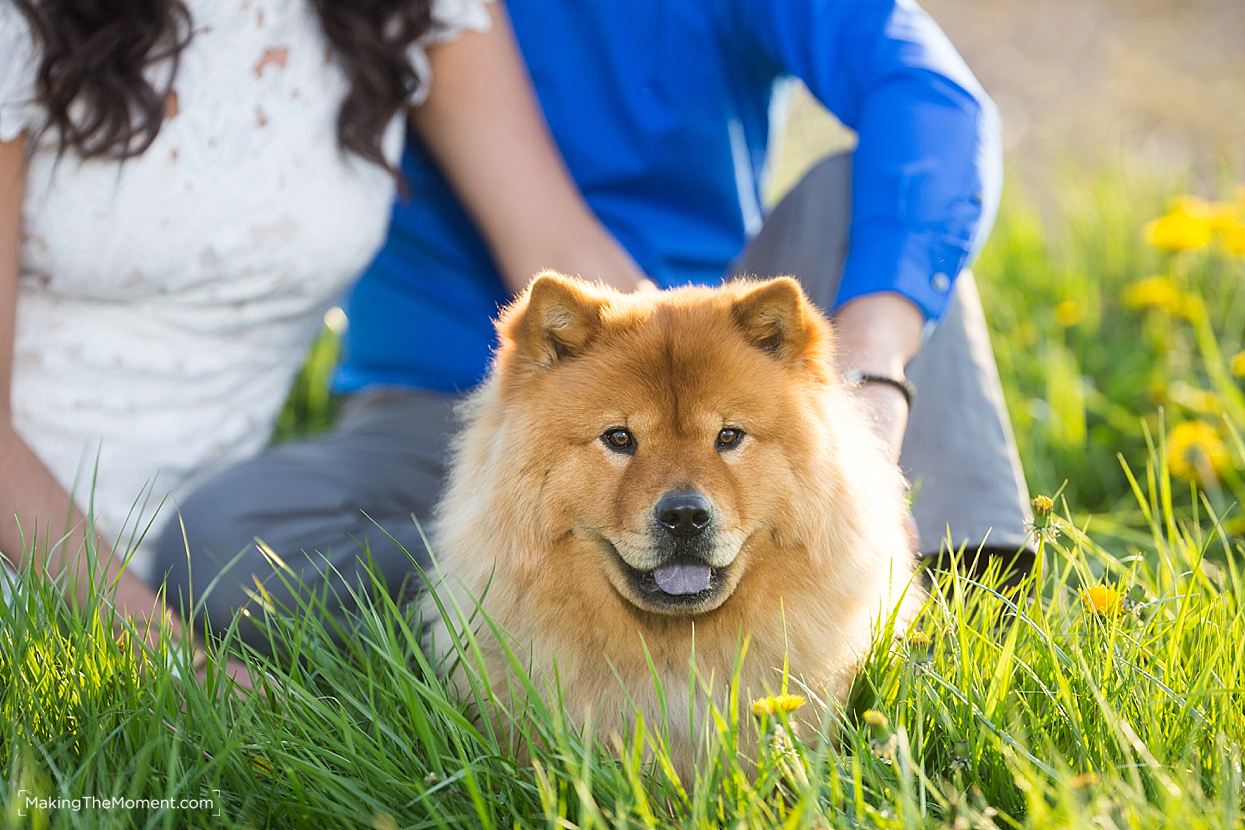 Seriously, Lavica was one of the best behaving dogs I’ve ever had the pleasure of capturing.  She calls this one “Purple Majesty”  At one point, I had to say “that’s enough photos with the dog.”  I didn’t feel that way though.  They were tough to narrow down. 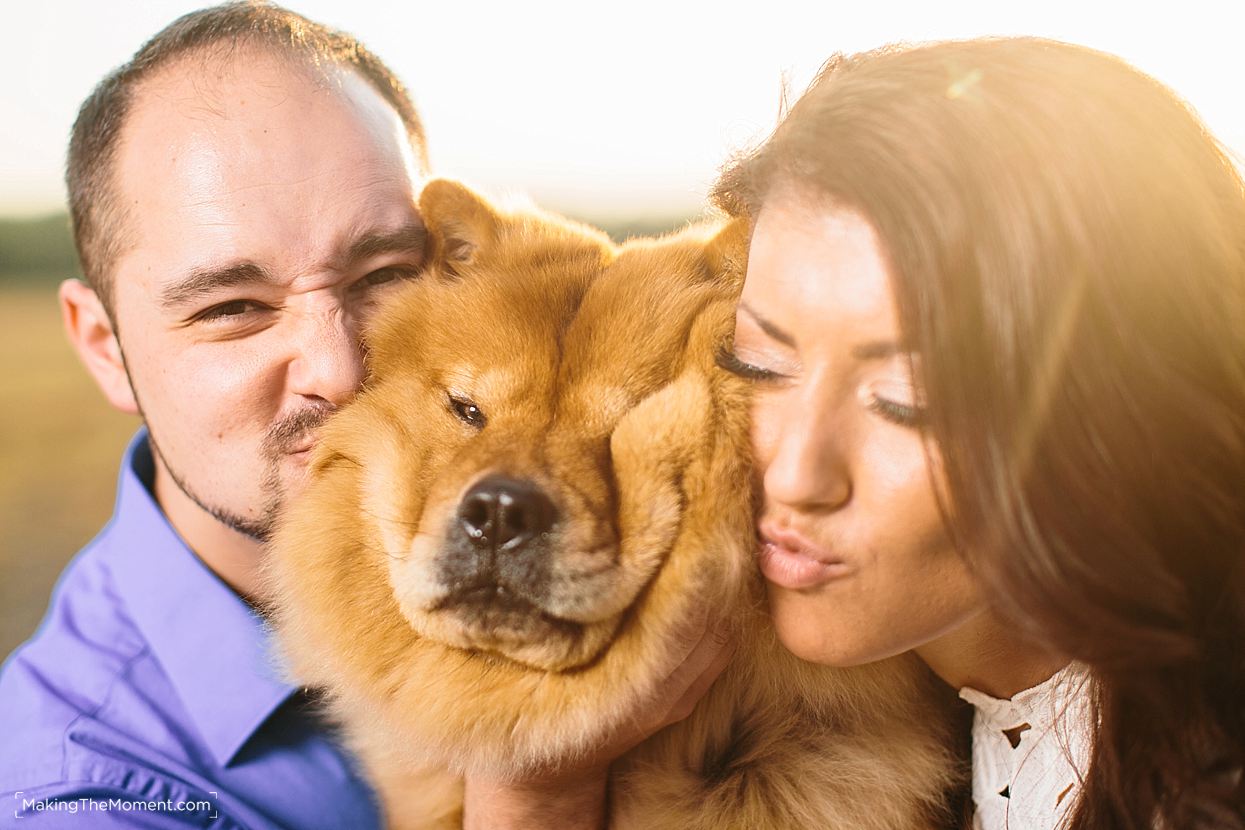 The above photo encapsulates their silliness.  I’m torn between whether Lavika is smirking, smiling, or asking for help.  I think it varies quite a bit with these two.  These images are littered with their spirit.  Fun, light, airy, and genuine.  Your mood really does show up through the lens.  A fake smile looks 100% fake.  Another reason to actually try and have fun!  Forget about a camera and a lens.  Just be yourself! 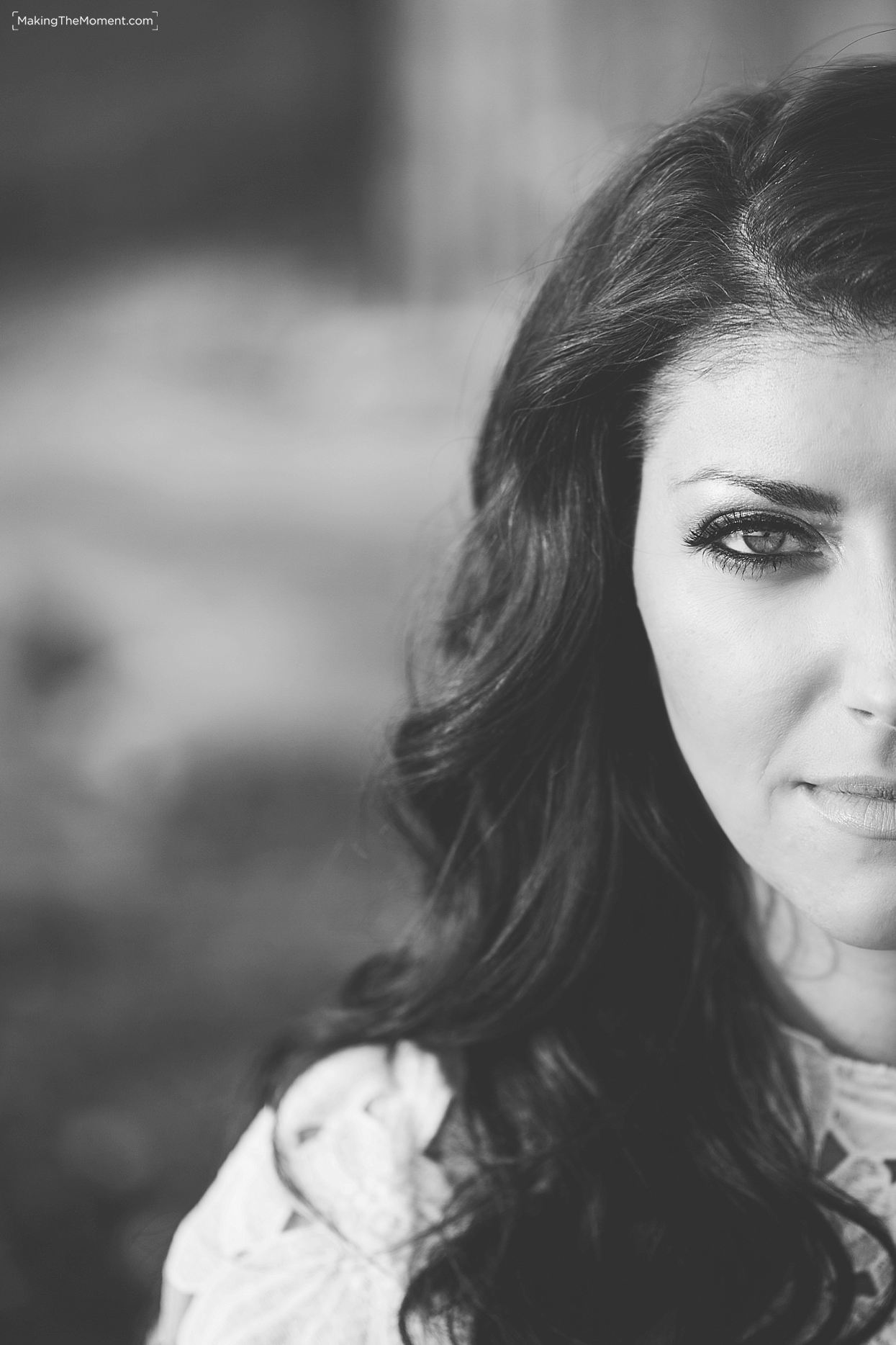 Absolutely gorgeous.  It was really, really hard to get Sally to stop smiling for a second.  Like, I had to lay down the law.  I had to get angry. 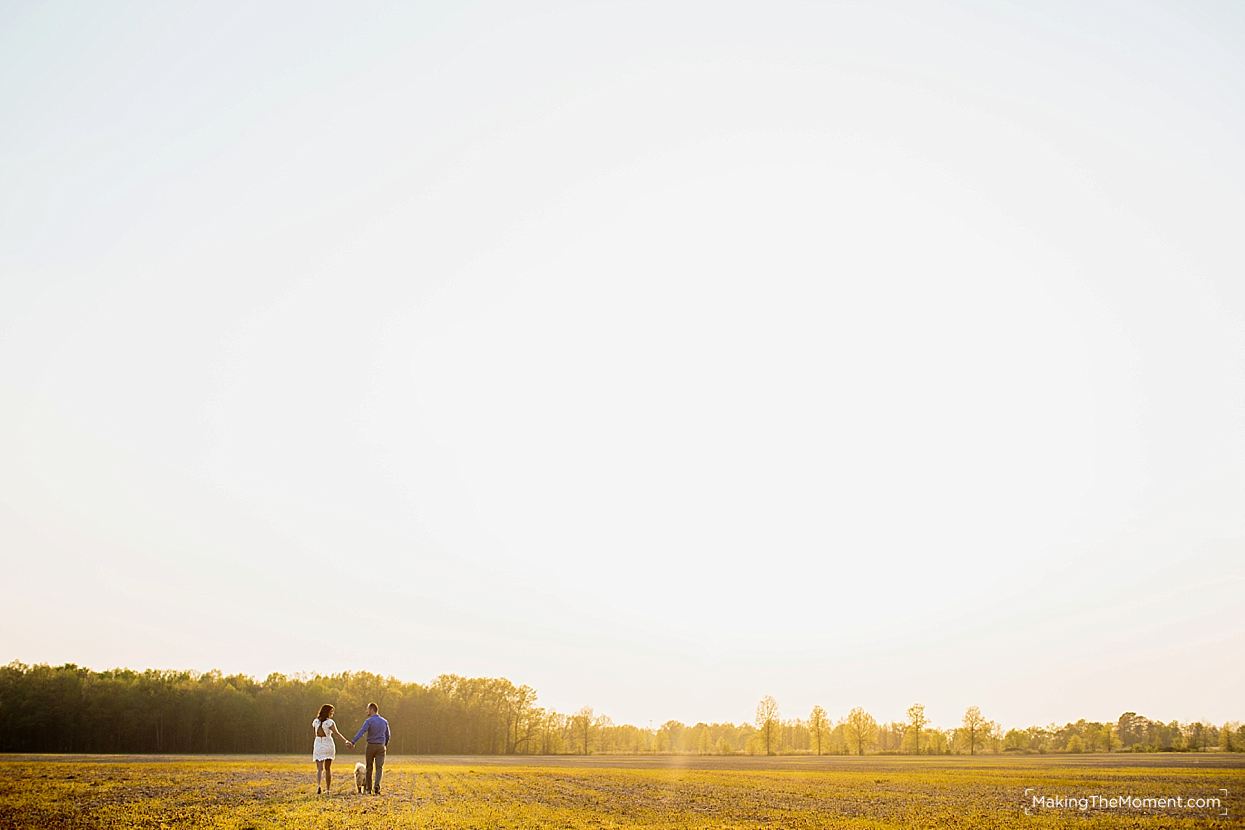 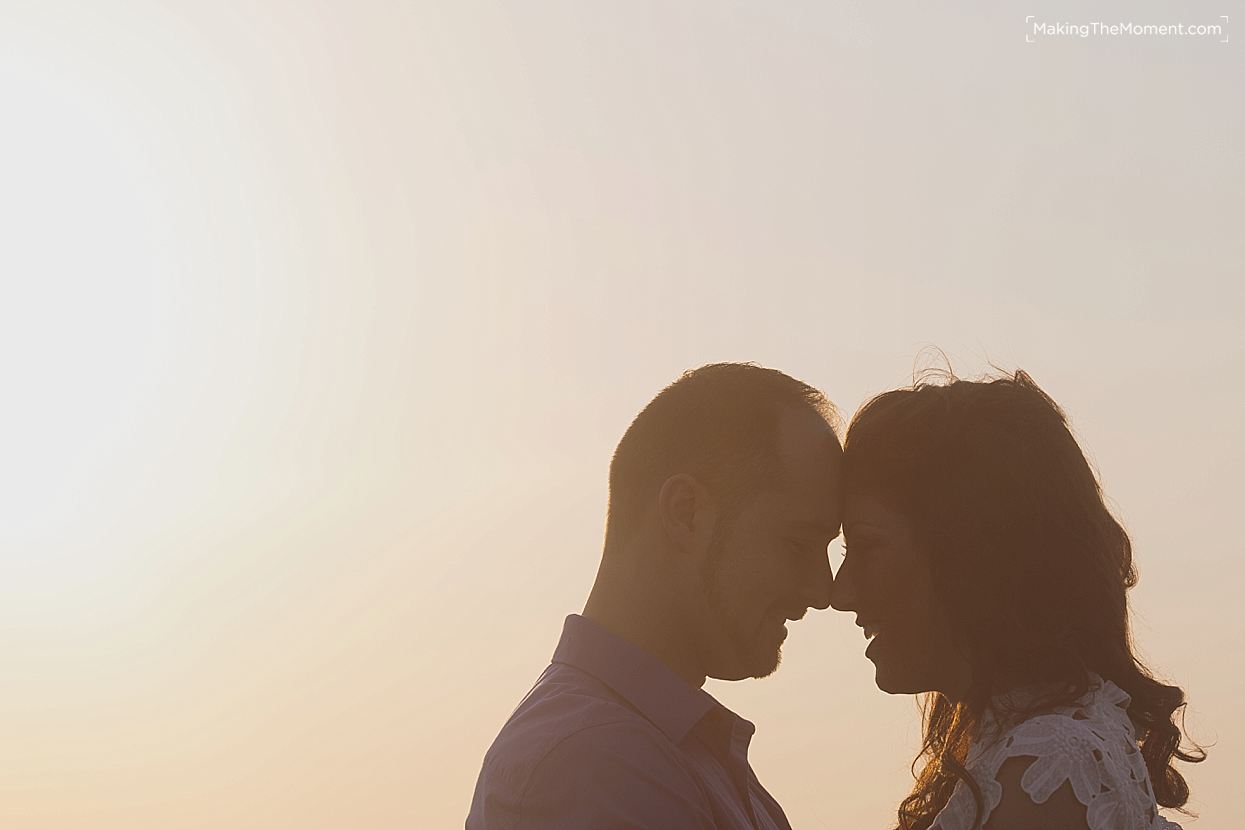 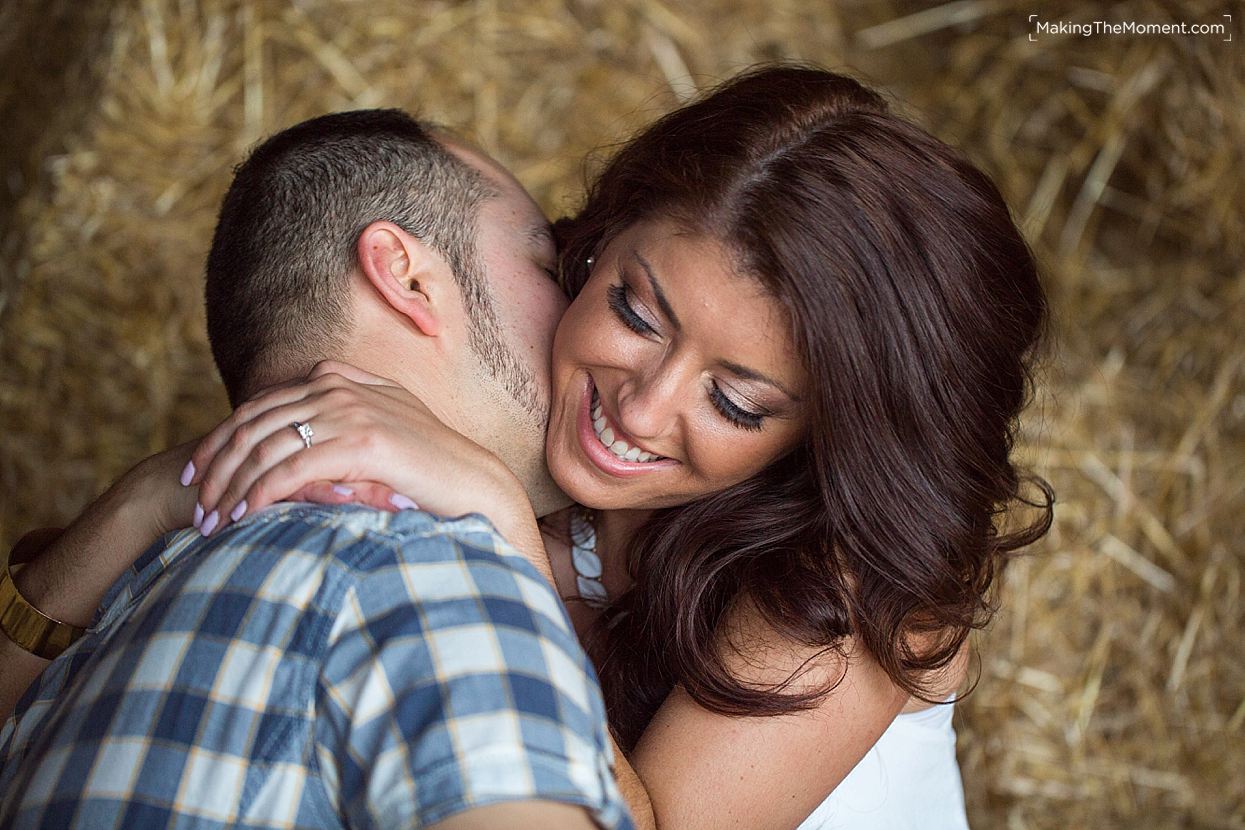 There was a lot of this going on as well.  Affectionate couples are a photographer’s dream.  Don’t get me wrong, we all show our love in different ways, but let’s just say I had to separate them a few times.  Making out in every photo gets cumbersome, guys.  This was their homework for the pending wedding.  Stop kissing on each other so much, sheesh already. 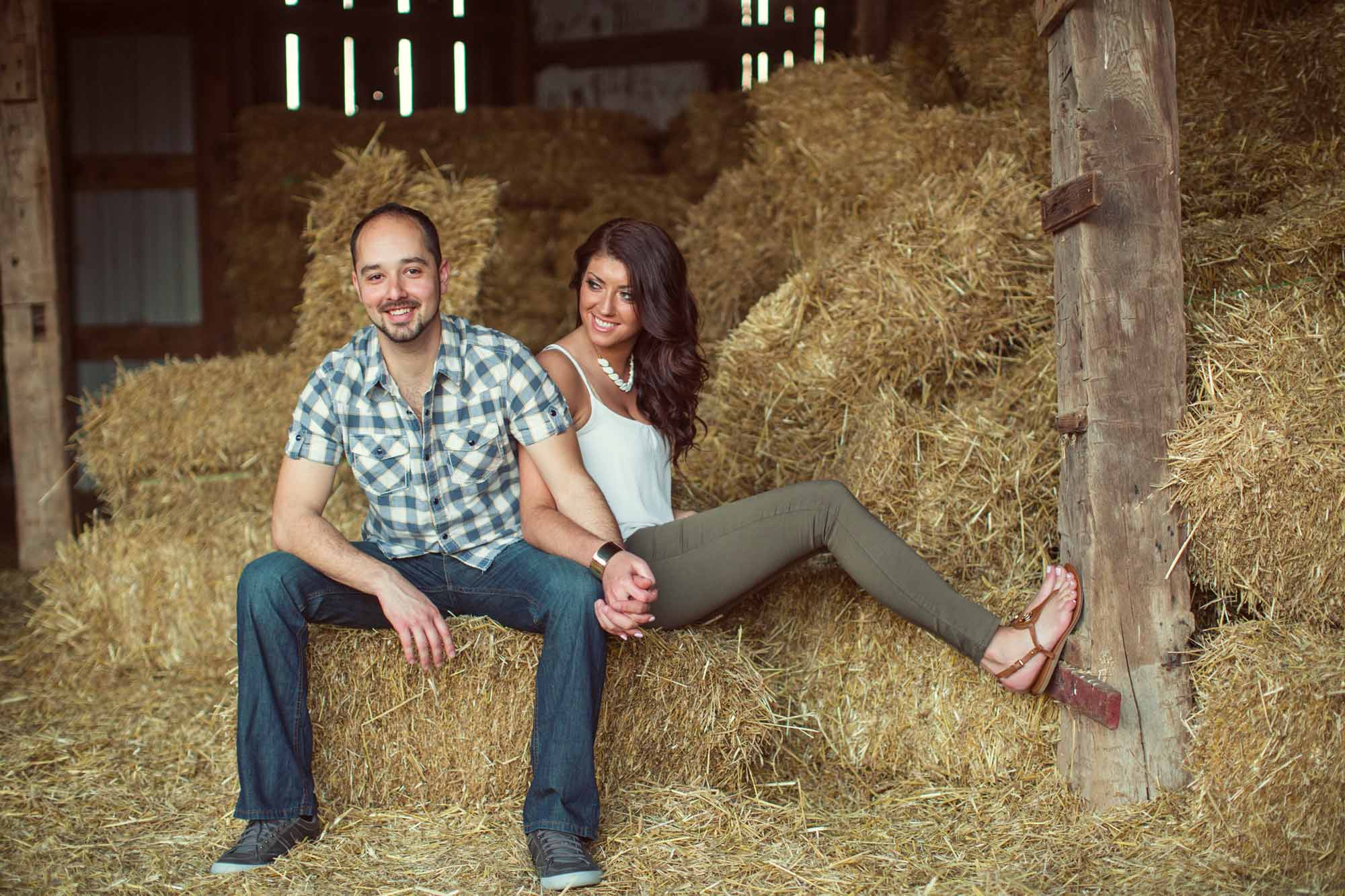 We captured some amazing images on this pretty eve, but this one may be my favorite.  it’s not super dramatically lit or completely creative, but it’s real.  I didn’t build this image.  I was just lucky enough to catch Sally looking at him right after he cracked a joke.  You can sort of see the punch-line, if you look hard enough. 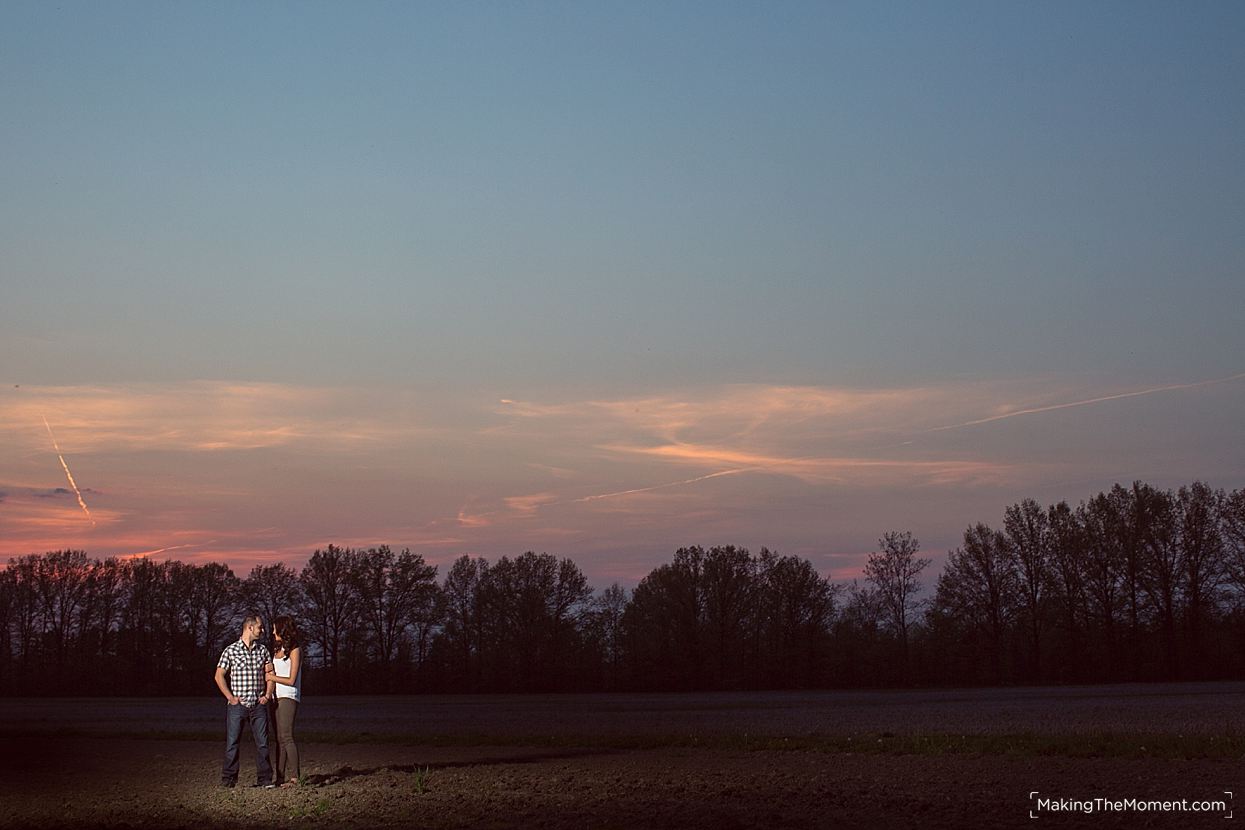 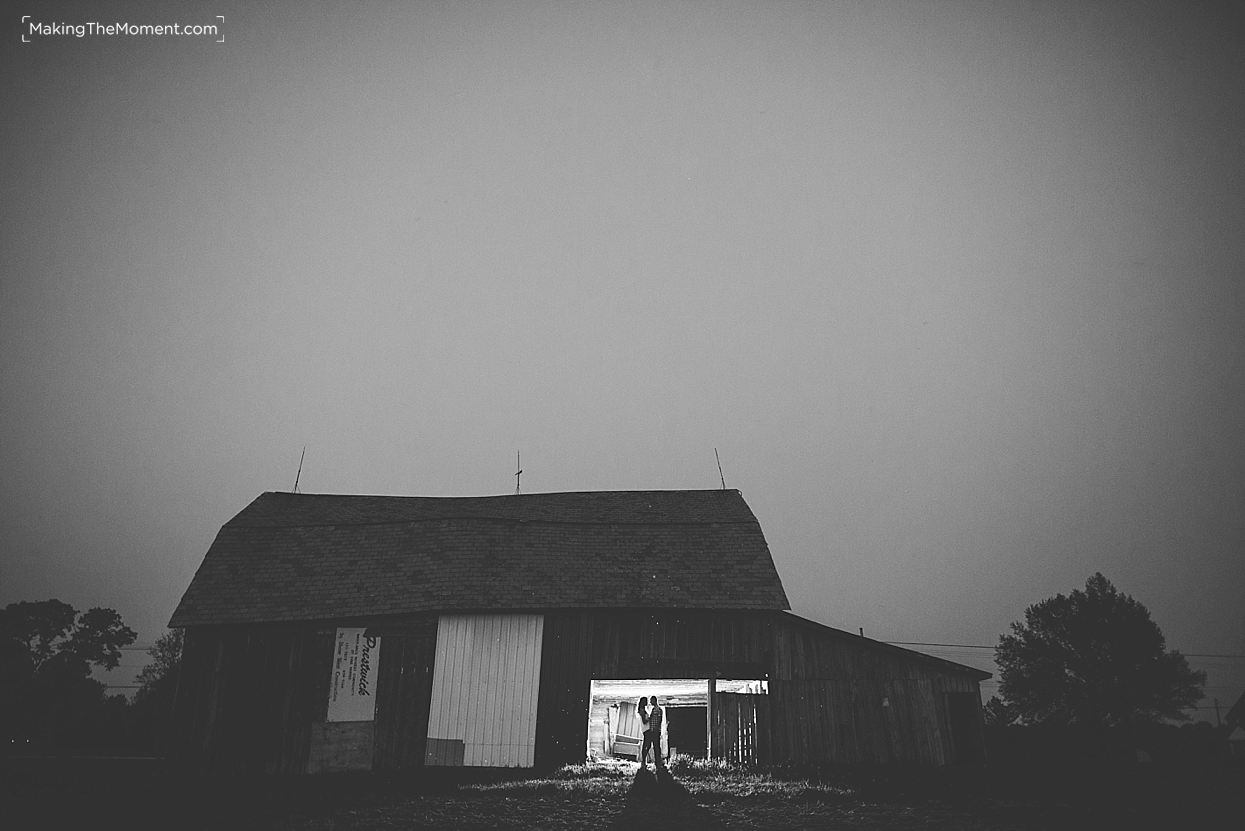 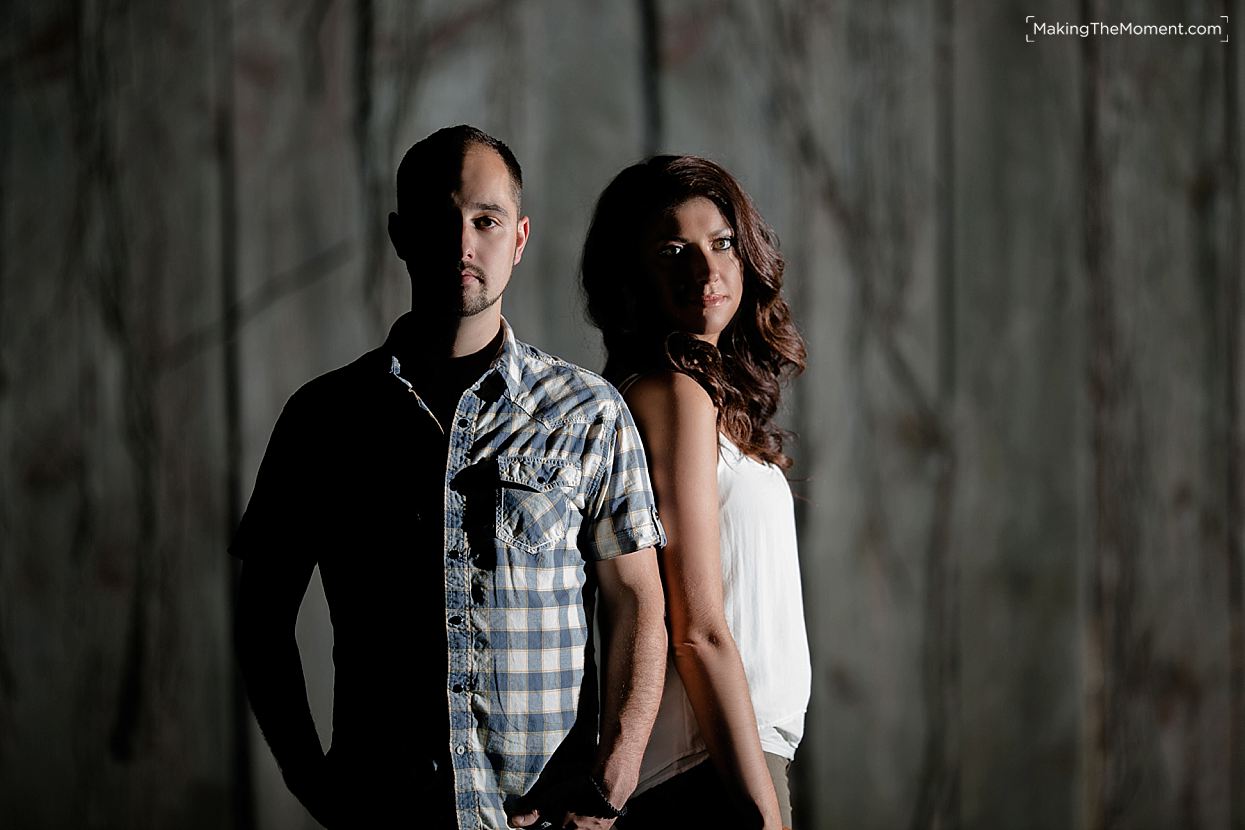 Uh huh.  This is my other favorite from the day.  The sun was stupid (My son would tell me “We don’t say that word” right now) and decided to go away.  I had no light left, but I wasn’t done.  I had this idea to shoot this rather dramatic image.  It was festering in my head, sort of.  I couldn’t let it go, so we just did it anyways.  It was almost pitch black, but I set up a light to illuminate them anyways.  I had Sara light the couple with her cell flashlight so I could focus and caught this.  Models, I tell you.

Thanks, Dane, Sally, and Lavica, for an amazing evening.  Forget the cool images and moments that we caught, it was just downright fun. 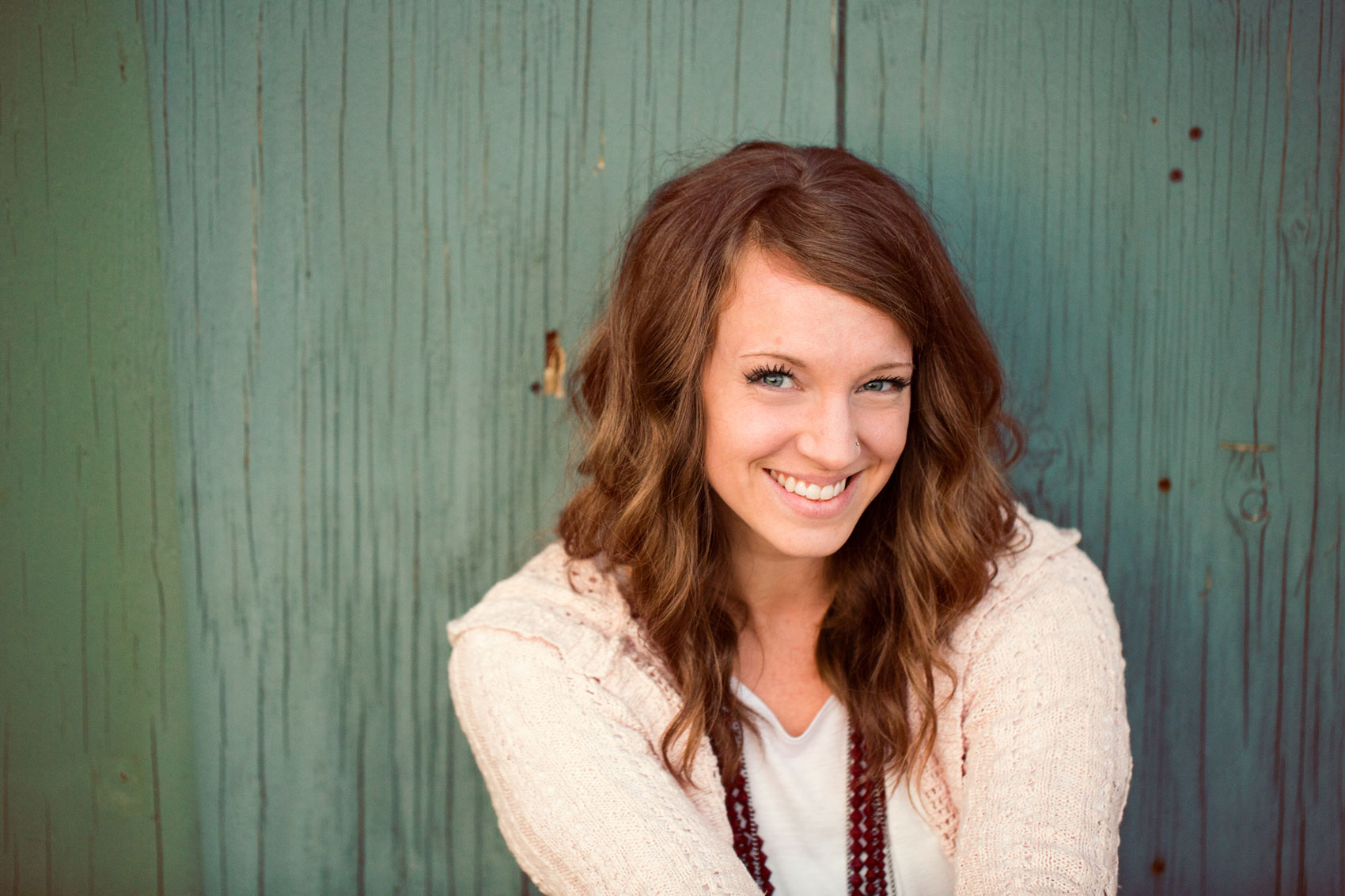